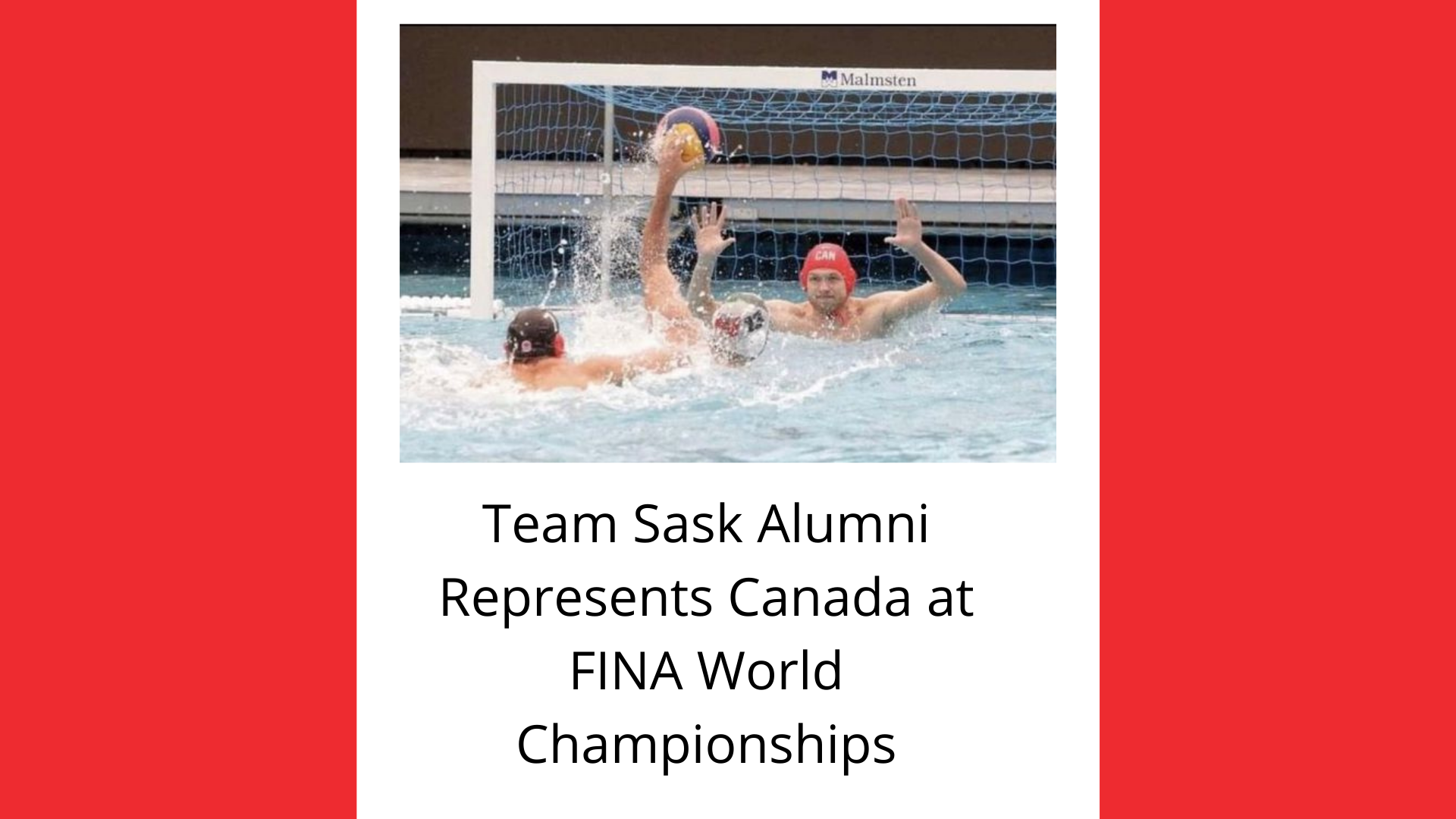 Esteemed team Saskatchewan alumni Brody McKnight will be representing Team Canada at the upcoming Fina World Championship in Budapest. Brody’s competitive career started early with Saskatchewan as he began playing up in the 18U NDPL league when he was just 13. Although young he exceeded expectations, even saving the first shot he faced which was a penalty shot. Playing up like he was every game was a difficult challenge. This helped forge the hard-working and determined player that he’s become.

In the 2020-2021 season Brody spent the year playing water polo professionally in France for Pays D’aix Nataion playing in the Elite Championship league, as well as playing in the LEN Euro Cup. Brody then moved to Montreal to Centralize and compete for a spot on the Men’s National Team. After having a stronger showing while being an alternate at the Intercontinental Cup in Lima this February he has earned his spot on the team for this World Championship. While training in Montreal, Brody, and teammate Stephen Gloade still came back home to play on our senior men’s team. They helped Team Sask win gold at the Western Championships and were great mentors to the younger athletes.

A quote from current Team Sask 17U goalie Hamza Mahmoud

“Brody is the hardest working person I know. When he has a goal he dedicates everything to it. Like playing pro in France and making the Senior National Team. Brody has been a mentor and friend ever since I met him. He is one of the reasons I am the goalie I am today”

The men earned a spot at this World Championships by finishing 4th at the Intercontinental Cup in Lima this February. To prepare for this tournament the men’s team has been training hard at home and abroad as they have just finished up a training camp in Budapest scrimmaging with other Nations. For the Preliminary Round of the tournament the men are in group C competing against Spain Italy, and South Africa. Their first game is against Spain at 11:30 am CST on June 21st.

Since the women earned a spot with their 7th place finish at the Tokyo Olympics they have been working hard in their preparation for this tournament. They have had a large selection camp bringing in women who play professionally in Europe, play in the NCAA, and who are centralized in Montreal. They have also been training abroad in Holland and Greece before heading to Budapest. The Women are in Group A with Italy, Columbia, and Hungary. Their first game is against Italy at 11:30 am CST on June 20th.

To follow or watch the action of our National Teams competing you can find more information on Water Polo Canada’s or FINA’s socials media accounts and websites.

Adrien van Dyke was at the selection camp and made the Senior Women’s Development Team which played in a 4 Nations Tournament in Laval, France against France, New Zealand, and Holland. Honorary Saskatchewanian Ethan D’Souza was part of the coaching team.

“Adrien is every athlete's dream teammate: She’s incredibly talented, is always encouraging, and you can count on her to be giving 100% all the time. She’s an amazing athlete and friend”

Blaire McDowell who was named the first alternate for the National Team for the FINA World Championships has been playing in Arizona on the Sundevils where she was one of the 11 players on her team who were named the MPSF (Mountain Pacific Sports Federation) All-Academic Team.

“Blaire was always a hard worker, she pushes everyone around her to be better - and reminds us to have fun doing it”

Stephen Gloade who is centralized in Montreal training with the National Team was also a big part of the Saskatchewan age group teams that found national gold from 2015 to 2019. Sharing many hard-fought victories with Brody.

“Stephen was always one of the leaders on our team and even though we are the same age I always looked at him as a role model. His attitude and work ethic is at the highest level when it comes to water polo”

Manage your identity from the palm of your hand to the top of your desk.